Defend what you create

A Trojan for Linux operating systems. Its code appears to have been written for research purposes as part of the https://cyber-europe.net project.

To determine whether it is running on a virtual machine or in the debugger, the Trojan (named Linux.CyberEurope.1) checks whether the “gdb” or “trace” strings are present in the following files:

If the Trojan finds these strings, it keeps running; however, the byte used by the malicious program to retrieve the command and control (C&C) server’s IP address and decrypt the following lines is modified: 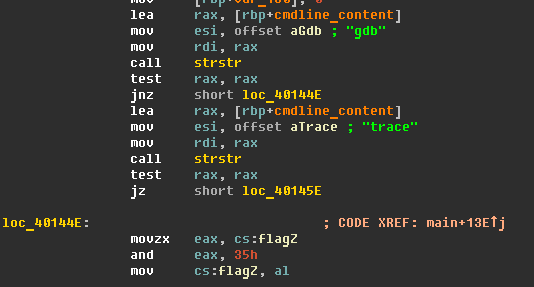 Linux.CyberEurope.1 verifies whether the process is running on a virtual machine by executing the cpuid instruction and analyzing the result. Once verification is complete, the Trojan establishes a connection with the C&C server and sends it the following request:

The server’s response is saved to /tmp/.cron, which is launched and then deleted.

After booting up, run a full scan of all disk partitions with Dr.Web Anti-virus for Linux.

One month (no registration) or three months (registration and renewal discount)